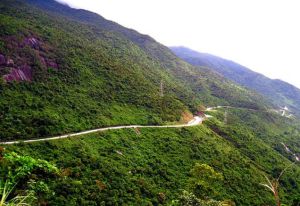 There were many scary moments that I can still vividly remember: the “Tet Offensive” in 1968 when VCs exchanging fires with GIs in front of my house, the dying moment of Saigon when rockets were raining indiscriminately onto the districts, ….

<<Facts, pictures, video clips related to the story – The Vietnamese gulags where political prisoners were tortured by the communists.>>

Comments regarding this post on ABC Open 500 words – A scary moment.

When she was six, in nineteen sixty-eight,
VCs attacked on Chinese New Year date.
Gunfire between the VCs and GIs,
Hiding in the house, she saw with own eyes.

She was thirteen when Saigon was dying,
Staying awake, she heard rockets booming.
Pictures of the dead plastered newspaper,
Died in their sleep – families together.

On Saigon’s death, she searched for her father,
In the stream of people – on the street flowed over.
She didn’t know that he’d been captured,
At the headquarters, fighting till cornered.

She visited her Dad when aged sixteen,
High up the mountain at a jail unseen.
Mother and daughter – strangers in the North,
Heard tales of murder, bandit and so forth.
(Ballad-style poem)

I heard many stories of rape, murder and robbery of women who’d gone by themselves from the South to visit their husbands, brothers … at the communist jails in the North. Those stories made me felt nervous in anticipation of and during the trip to visit my father for the first time in three and a half years.

A sixty-five year old frail man joined our journey to visit his son. After three days on the train we arrived at Phu Ly around 4am. We hired two auto trishaws to take the three of us and 120 kilograms of food to the base of Mount Ba Sao. We then paid a truck driver to go to the jail near the top of the mountain. I watched the road all the time and was anxious whether the drivers may take us to an unknown spot and rob us.

At meeting time I didn’t recognise Dad. His hair was all white, his skin was darkened and he’d lost a lot of weight. He was only forty-five years old then but looked like a sixty year old man.

We watched him walking towards the unseen jail with a bamboo pole on his shoulder and two baskets full of food slung at each end of the pole. Mum and I were tearful!

On the way down the mountain, I was lost in a sea of hundreds of patients from a nearby hospital. Some of them walked while staring into the empty space or gazing at the road. Some had to lean onto a nurse. A man stared at me and grabbed my shoulder. I was so frightened but a nurse soon appeared and told him to release his grip.

It got dark and we couldn’t reach the mountain base so we – five women and an old man – asked to spend the night at a house. Like those nights before the fall of Saigon, I could not sleep that night thinking we could be assaulted during our sleep.

I felt relieved to be home again. It was stressful and threatening living our daily life under communism. However, it was immediate danger to go to the unfamiliar North Vietnam as vulnerable women. Mum made another six trips to visit Dad in the North before he was transferred to the South.

<<Facts, pictures, video clips related to the story – The Vietnamese gulags where political prisoners were tortured by the communists.>>

There were many scary moments that I can still vividly remember: the “Tet Offensive” in 1968 when VCs exchanging fires with GIs in front of my house, the dying moment of Saigon when rockets were raining indiscriminately onto the districts, ….