In 1987, a general election for the National Assembly was initiated across the country. Unfortunately all candidates were required to be primarily selected by the local communist branches, that means no independent candidate was approved, something that was strange compared to my experiences of elections in the free world. Disagreeing with that policy of election, I voted blank in protest. END_OF_DOCUMENT_TOKEN_TO_BE_REPLACED

My thanks, you take me in,
Give me freedom akin to gold.
Government who uphold,
Human rights and untold fairness.
A country that’s classless,
Democracy, frankness and care,
Are best practiced affairs,
Plus racism just dare not grow. 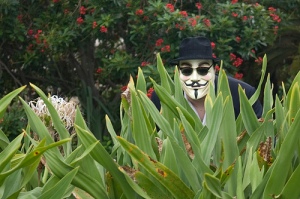 I came to Australia to escape the communist hell, but many knew that some of those demons made the journey too.

Comments about this post on ABC Open 500 words – How I came here.

After the Fall of Saigon, my father was ill-treated in communist hard-labour camps, where many of his colleagues died, because he was a Signal Corps Lieutenant Colonel. Many former military officers’ houses were forfeited, and their families were forced to relocate to the new economic zones.

The local government told Mum they wanted to take two storeys of our four-storey house and turn it into an administration office. Mum realised that their next step would be stripping us of our house completely and forcing us to move. At the time Mum had approximately 7kg of gold – earned from years working as children’s wear producer/wholesaler – stockpiled and hidden, so she took some and bribed the local officials to leave our house alone. Then, together with her sister, Mum opened a ‘co-operative clothing factory’ at our house. Regardless, the fear of losing the house never left our minds. END_OF_DOCUMENT_TOKEN_TO_BE_REPLACED 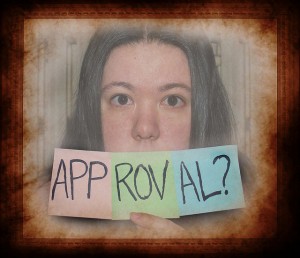 Towards me, some people have no tolerance,
So in this country, I loathe my existence! END_OF_DOCUMENT_TOKEN_TO_BE_REPLACED

I am honoured to be nominated by Tribal Mystic for The Sisterhood of the World Bloggers Award. Tribal Mystic’s blog continues to amaze and interest me in reading stories about Papua New Guinea, her childhood and her memoir. END_OF_DOCUMENT_TOKEN_TO_BE_REPLACED

In country of freedom, they meet,
The villains whose lives are discreet,
With victims who escaped alive,
They are the enemies in life. END_OF_DOCUMENT_TOKEN_TO_BE_REPLACED 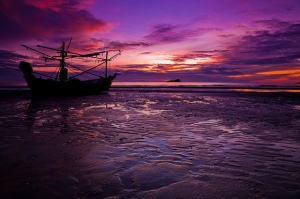 Comments about this post on ABC Open 500 words – Failure.

My friends were lost at sea,
While in their lively years,
On their fateful journey. END_OF_DOCUMENT_TOKEN_TO_BE_REPLACED

I used to be a commander. Ten years in jail and two decades later it was panic on the first day in my job.

Comments about this post on ABC Open 500 words – On the job.

My family resettled in Canberra in November 1990 under the sponsorship of our daughter hiMe, who worked at the Australian Bureau of Statistics.

I was 57 years old then. I needed a job to support my family. I was a graduate Electronics Communications Engineer at the US Army Signal School, so I applied with Telstra.

Telstra accepted my application but I didn’t hear from them for a long time. END_OF_DOCUMENT_TOKEN_TO_BE_REPLACED 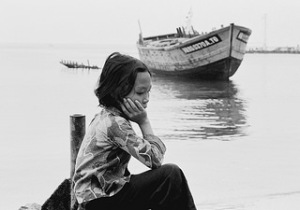 Comments about this post on ABC Open 500 words – Things we do for love.

I wish I could turn back the time so that,
I would then push my Dad to quickly flee.
“Run, Dad, and save your life no matter what!
The Communists won’t spare you, let hear me!
Commander’s duty – you fulfilled at last,
We don’t want you killed – let hear us all plea!
You’re not safe but we are, so let’s run fast!”