In 1987, a general election for the National Assembly was initiated across the country. Unfortunately all candidates were required to be primarily selected by the local communist branches, that means no independent candidate was approved, something that was strange compared to my experiences of elections in the free world. Disagreeing with that policy of election, I voted blank in protest. END_OF_DOCUMENT_TOKEN_TO_BE_REPLACED 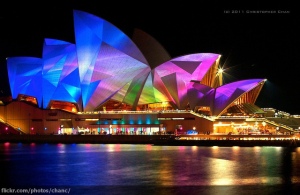 My thanks, you take me in,
Give me freedom akin to gold.
Government who uphold,
Human rights and untold fairness.
A country that’s classless,
Democracy, frankness and care,
Are best practiced affairs,
Plus racism just dare not grow.