Summer is light and joyful, but many things can happen under the sun. Some are less light, but are also essential to know, essential to History and Memory. It might take a while, but things do get lighter and sunnier when you begin to write them down. hiMe, from the blog A Refugee’s Journey, shares all that…

via Interview: hiMe printed the book of her story as a Refugee — Blookup Blog 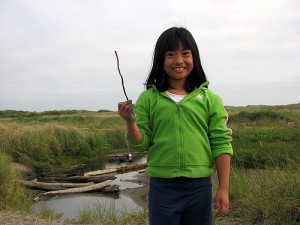 I wish I had a magic wand so I could turn myself into a white person and then indulge in my hobby.

Comments about this post on ABC Open 500 words – My other life.

AVT was a famous band in Vietnam. It was formed in 1958 to entertain servicemen and its name was made up from the initials of the three original band members who were political warfare recruits of the South Vietnam Army. The band disassembled when one member committed suicide on the fall of Saigon and another was evacuated to America, leaving one in Vietnam.

I loved listening to AVT’s satirical songs, where the members represented three regions of Vietnam dressed in different regional costumes, spoke in different dialects, played a mix of modern and classical regional music on traditional instruments.

In their song ‘The History of Hair’, they observed the way Saigon unstylishly copied the hair styles of Western film stars. The waving and receding hairstyle of American Robert Taylor was imitated, but looked more like ‘cow horns’. Brigitte Bardot’s hair was reproduced but resembled a bird nest. Gina Lollobrigida’s ‘frisé'(curly) style was replicated but appeared like a big hair ball. Women dyed their hair blonde to be like Marilyn Monroe and men who worshipped Yul Brynner shaved their heads. END_OF_DOCUMENT_TOKEN_TO_BE_REPLACED

Lights on, curtains up, stage alive,
Shakespeare, Molière, Jane Austen,
Your characters all now arrive,
They steal the limelight with action,
They bring the past back to revive.

Shakespeare, Molière, Jane Austen,
Parts of myself are in your plays,
Is it ok? Will you reckon?
Your characters, I can portray,
Even though my face is Asian.