Nguyen Cao Ky with his wife Dang Tuyet Mai and their daughter Nguyen Cao Ky Duyen in their apartment at the Tan Son Nhut Air Base – Photo by Marilyn Silverstone.

<<Story related to the information.>>

Nguyễn Cao Kỳ and his third wife, in a visit to Vietnam in 2004, was welcomed by the high-ranking Communist official Phạm Thế Duyệt. A statue of Hồ Chí Minh was in the background. 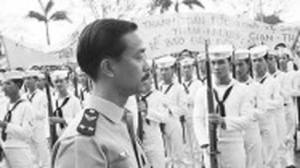 Nguyễn Cao Kỳ in South Vietnam before the fall of Saigon. 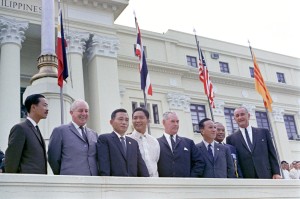 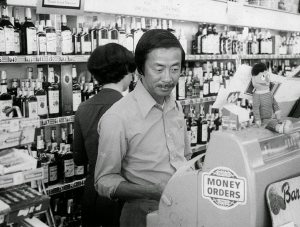 Nguyễn Cao Kỳ, once the powerful premier of South Vietnam, now runs a liquor-delicatessen-grocery store in the blue collar suburban community of Norwalk, California. Here Ky works the cash register as his wife, Đặng Tuyết Mai (back to camera) after escaping Vietnam in 1975. 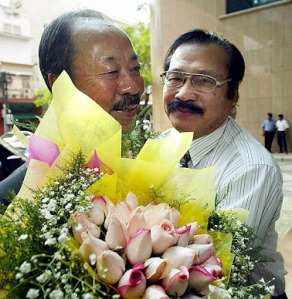 Nguyễn Cao Kỳ hugged his old bodyguard in Vietnam in 2004.

===>>> Video of Kỳ talking to the press on his trip back to Vietnam in 2004, calling all Vietnamese to unite to build Vietnam to become a dragon of Asia. 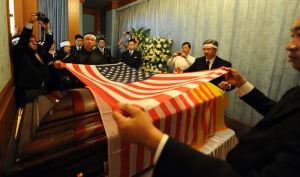 Nguyễn Cao Kỳ’s coffin was covered with the flags of the US, Malaysia and South Vietnam. Funeral in Malaysia on 29/7/2011.

Nguyễn Cao Kỳ’s picture on a worship altar for the deceased at Vĩnh Nghiêm temple, Saigon. It is believed Kỳ wore Malaysian costume as he was awarded a Tunship by the Malaysian Government in 1965. Tun title was also rewarded to all retired Malaysian Prime Ministers. 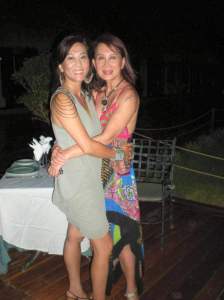 Kỳ Duyên and Đặng Tuyết Mai in the US before Ms Mai fell ill. 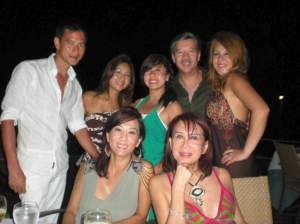 Kỳ Duyên and her mother on a cruise.

Restaurant Phở Ta of Đặng Tuyết Mai built in 2009 in an affluent area in Saigon.

Đặng Tuyết Mai before her death.

Kỳ Duyên at her mum’s funeral.

Kỳ Duyên on the street of Saigon.

Kỳ Duyên’s house in an expensive and modern area in Saigon. She was standing next to a water filter device.

Kỳ Duyên on the balcony of her restaurant Memory Lounge. 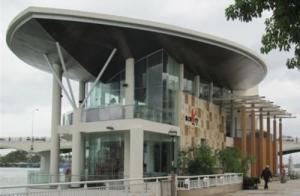 Kỳ Duyên, sitting on a hotel balcony, with a shopping bag with Memory Lounge printed on it.

Kỳ Duyên and the Paris By Night show poster.

A Paris by Night poster.

Grand opening of Kỳ Duyên’s cosmetic store. Her third partner and business partner is on the far left 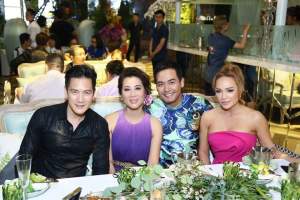 Kỳ Duyên with her third partner (far left) and her close friend as well as business partner – singer Thanh Hà – sho lives in the US.

Kỳ Duyên in Vietnam with singer, song writer Đức Huy (at the back) who moved back to live in Vietnam so he can earn more money with larger number of audiences and marry a younger wife. 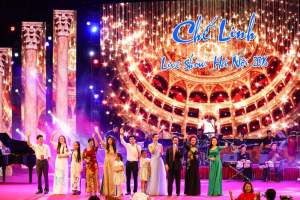 Kỳ Duyên as an MC for a show in Hà Nội, North Vietnam. The show was about Chế Linh, a famous singer who now lives in USA. 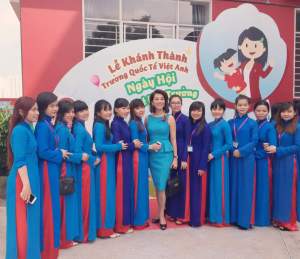 Kỳ Duyên was invited to open a brand new international school teaching both Vietnamese and English in Vietnam. 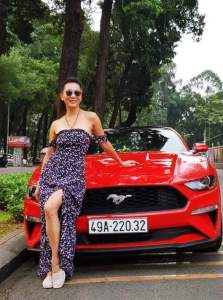 Kỳ Duyên invited to be on a judging panel for a singing and beauty pageant on TV in Vietnam.

Nguyen Cao Ky with his wife Dang Tuyet Mai and their daughter Nguyen Cao Ky Duyen in their apartment at the Tan Son Nhut Air Base – Photo by Marilyn Silverstone.