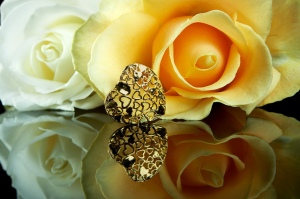 I got married and lost you! Then there was a series of sinister anonymous emails in the community that spoke ill of you and our friendship.

Comments about this post on ABC Open 500 words – Testing the friendship.

Why did you leave me? My heart aches whenever I think of you!

When all around me people only see me as a foreign face, I couldn’t attract a single friendship from Australians. You are the only friend I’ve had since coming to Australia. I gravitated towards you for warmth and human companionship. I was eager to share with you the fine details in my daily life. I felt our two hearts beat with the same Vietnamese rhythm. I admired you for the objectivity in your judgement. You cheered me up with your bright, ready smiles and you made me feel less lonely in Australia.

I recall the time when we both lamenting to each other about finding Mr Right in Australia. We were both anxious and pessimistic if there was really one for each of us.

I didn’t know that Mr Mantis arranged a blind date for you and my now husband, but you and him weren’t interested afterwards; then he met me when we both came to Mr Mantis’ house. My husband told me that: “I am attracted to your pretty face!”

I remember you talked with me a lot about Mr Sugarcane so I had the impression that you had a crush on him. I was sure you never felt affectionate towards my husband.

You didn’t turn up to my wedding. You haven’t come to see me since. When I realised that I’ve lost you, I felt a pain as if I’d lost my soul mate.

One day there appeared a series of emails sent anonymously to every Vietnamese in the community in which the defamer kept calling you names and said that you were a bad person who spoke ill of her and of everyone you met. The email quoted what you said about each person you didn’t like, including that you called me a man-eater because I stole my husband from you.

In Vietnam, it isn’t rare to see people making scenes of jealousy. The betrayed wives often cut the hair or clothes of their husbands’ mistresses as well as beat them up on the street. It is an undignified sight for the victims who usually end up shamefully crawling naked.

The anonymous email was the first to happen in the Vietnamese community here in Australia. Everyone was shocked, fearful, upset and speculated several suspected motives as well as felons. Others who were technical professionals joined in the technical warfare to break into the email account of the villain and eventually succeeded. Even though feeling hurt from the revelations in the email, I didn’t want to believe what the vilifier said. Every email that you were savagely attacked, I felt for you. You was just a pitiful victim of a cruel, wicked, unnamed and faceless attacker. No one deserves such an injustice of being brutally hit when their backs are turned.

I wanted to get justice you. I thought the attacker was a vulgar and dishonest girl who we both disliked…. and I wasn’t wrong!

I attempted to make people aware of my suspicion and privately approached the evildoer only for her to turn it against me and said that I was the culprit of those malicious emails even though I was 5 months pregnant at the time with my second child and I hadn’t seen you for 5 years after my wedding!

Following a tipoff, the crook was identified; yet some people didn’t know and still believe that I wrote the emails. Last time I heard you were still single. I hope you didn’t suffer if others believe in what was written about you.

We’ve never talked about why our friendship ended. Will there be a day? Tell me that you are glad I stood up for you, and that it isn’t true that you badmouth me!

I do not have another friend!
You are my only friend, my dear!
Why did our tie abruptly end?
My soul is dampened with sour tears!

When all around me are people,
Who see me as an alien,
Your smiles bring joy that is ample,
Your presence makes the days brighten.

From all the ups and downs of life,
A consolation will arise.
Our closeness will return alive,
Despite malicious email lies.
(Horatian-ode-style poem)

I got married and lost you! Then there was a series of sinister anonymous emails in the community that spoke ill of you and our friendship.

One thought on “Why did you leave me?”