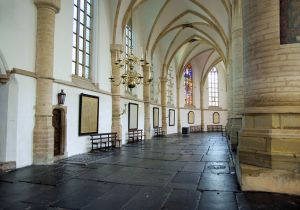 I was a Catholic convert and she was my godmother. But her behaviour became that of a parent jealous of losing a child’s love.

Comments about this post on ABC Open 500 words – How we met.

April 1984, I arrived in Australia and stayed at Enterprise Hostel, Springvale in Melbourne. A week later, a religious Sister took me home – a six-bedroom Burwood-parish house that accommodated thirteen Catholic Vietnamese refugees and me – a Buddhist.

A couple in their late 30s acted as the head of the house and their two young children occupied the main bedroom. The other eight girls, one girl’s ten-year-old brother and I shared five bedrooms.

Some girls had no relatives in Australia. Some only had married brothers or sisters and could not live with their families.

I dreaded weekends, public holidays or school breaks because they were the time the girls spent with their relatives or boyfriends, leaving me alone in the house.

Within eighteen months, many people left the house. The couple moved to their own house and the others were either married or moved back to live with their relatives. There were only three girls left and one of them was to get married in a few months’ time.

The new parish Priest filled the house with new occupants – Malaysian high school students and an Australian couple. The refugee girls didn’t get respect or co-operation from the foreign students.

The Vietnamese Priest who founded the Burwood house heard me bemoaning the bad situation there and organised a similar house in Hawthorn. He later asked if I would convert to Catholicism, and Sister Night became my godmother then.

I was the first girl to move into the four-bedroom Hawthorn house. Sister Night was a live-in supervisor; she occupied a small bedroom. Sister chose the best room in the house for me to share with Summer-Scent. The other two bedrooms had four girls in each.

With Sister’s presence in the house, we didn’t have many visitors. Occasionally, the two younger brothers of two girls paid them a visit. Our house’s frequent visitors were one girl’s boyfriend and the Fathers and Brothers of a Camberwell order.

I was Sister’s favourite girl. She gave me first choice of secondhand things brought home from St Vincent de Paul: bed sheets, clothes…and asked me not to tell others.

I accompanied her everywhere. She proudly told people that I was an RMIT undergraduate and how smart I was to put my housemates’ names in a divided circle for a housework roster.

As time went by, study became harder. I couldn’t find time to go out or talk with Sister anymore and I wasn’t concerned as I thought Sister needed time for the newcomers. I was anguished as Sister began to treat me harshly.

Summer-Scent told me that after I left, she too was treated harshly by Sister and burst into tears when she told Sister she wanted to move out after six years staying there. Summer-Scent explained to me that Sister’s behaviour at the time was of a parent jealous of losing a child’s love.

The flower of love on the altar,
Turned into a serpent of anger.
The man of the cloth – the saviour,
Turned out to be an alligator.
In the story of a refuge seeker.

I was a Catholic convert and she was my godmother. But her behaviour became that of a parent jealous of losing a child’s love.